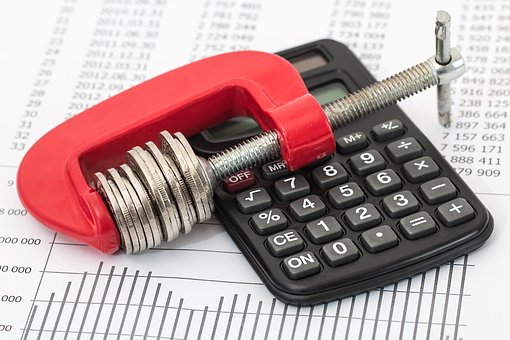 What the Conservative leadership candidates say about Tax

Mr Johnson also wants to raise national insurance – to absorb some of the cost. Under this new tax regime, someone earning £60,000 a year could benefit by £1,000 a year; while someone on £80,000 or more would gain a maximum of £3,000 (because some of the benefits would be lost due to national insurance increases). Changing the tax system in this way would cost around £10bn a year, according to Mr Johnson. He says the bill could be funded from the £26.6bn of “fiscal headroom”.

The basic rate of tax is paid on earnings between £12,501 and £50,000 a year. Under Mr Raab’s plans, the basic rate of tax would fall by a penny a year – until it reaches 15p.In addition, Mr Raab wants to raise the point that people start to pay national insurance, so that it’s the same as income tax (ie £12,501 a year). The policy would mean a tax cut for the majority of UK workers.However, the policy would be expensive. The IFS says it costs about £5bn for every 1p cut in the rate of income tax. On top of that, Mr Raab’s pledge to align the starting rate of national insurance with income tax would cost about £10bn a year.Like Boris Johnson, Mr Raab says this could be paid for by the government’s £26.6bn “fiscal headroom”.

Scrap VAT and replace it with a sales tax.

Under Mr Gove’s plans, VAT would be replaced “with a lower, simpler, sales tax”.The difference between VAT and a sales tax is essentially administrative. With a sales tax, the 20% would only apply when an item is finally sold to a consumer. With VAT, businesses still have to pay it when they sell goods to one another, and then claim the money back. In theory, under this new system, businesses would have less administration, which could help them become more productive. The problem, however, is that businesses could be given an incentive to claim they were selling products to other businesses (rather than consumers) in order to evade the new sales tax. In the UK, VAT raises £140bn a year – so reforming such a big revenue-raiser could be risky if it doesn’t go smoothly.

The foreign secretary is in favour of cutting the rate of corporation tax, which is the tax that companies pay on their profits, to 12.5%, which is the same rate as they have in the Republic of Ireland. The government is already planning a series of cuts to corporation tax, which was cut from 20% to 19% on 1 April 2017, and is scheduled to fall to 17% next year. The suggestion to cut it by another 4.5 percentage points came in a report by another Conservative MP at the end of May. The report was welcomed by five of the leadership candidates. Mr Hunt has specifically referred to the corporation tax cut in interviews.The government estimates the policy would cost about £14bn a year. That cost would be reduced if future tax takes were to be boosted by companies being attracted to move to the UK to take advantage of the lower tax rate, or if companies use the money saved to pay higher wages or invest it in improving their productivity.

Look at removing the 45p rate of income tax to inject “dynamism” into the economy.

The rate applies to earnings over £150,000 a year, an income that is attained by only 1% to 2% of taxpayers.According to 2016/17 figures, the most recent available, the highest-earning 1% of taxpayers had an income of £166,000 or over. The richest 2% had an income of £116,000 or over. However, he later said tax cuts would be considered only ‘when it is affordable’ and that he would prioritise people on lower incomes. Javid has already vowed to freeze fuel duty for at least two more years. One of Javid’s more controversial policy ideas came in September 2018 when he proposed to scrap auto-enrolment if there is no Brexit deal.

The International Development Secretary has steered away from big promises on tax cuts or higher spending. Stewart has set out ‘six points for our economy’ in a campaign video: retain UK’s reputation for economic competence; prioritise spending on public services; bring forward infrastructure investment urgently; prepare people for skills of the future; shareholder economy; and make the UK a place where business can flourish. Stewart said he wants to boost spending on research and development, and make it easier to start new businesses by simplifying tax code and cutting red tape. He took a swipe at rival candidates, saying: “Candidates that are advocating a no-deal Brexit as well as tax cuts will — in one afternoon in October — lose us a reputation that we have spent 300 years building”.